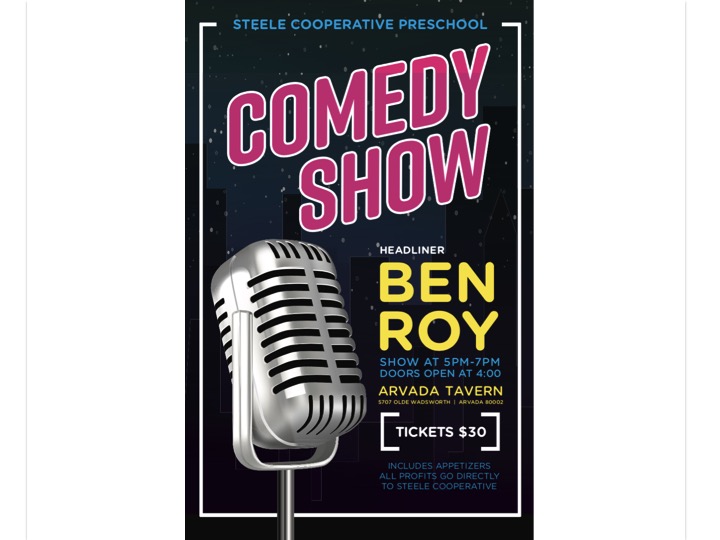 Your $30 ticket includes appetizers and access to a cash bar. Doors open at 4, show goes from 5-7pm.

All proceeds go directly to Steele.

Ben Roy created and stars in TruTv’s scripted comedy series
‘Those Who Can’t’ along with fellow Grawlix comedy troupe members, Adam Cayton-Holland and Andrew Orvedahl. Set in Denver, ‘Those Who Can’t’ follows three dysfunctional high school teachers, who are as screwed-up as the kids they teach. Ben is also a prolific stand-up comedian and most recently appeared on Ari Shaffir’s Comedy Central show, This is Not Happening. He has also been on Adam Devine’s House Party, and HBO’s Funny as Hell. Ben has released 3 comedy albums including, I Got Demons, which was featured in LAUGHSPIN as one of the Top Comedy Albums of the year.

The Arvada Tavern is located in Olde town Arvada and we have the upstairs bar area all to ourselves. Last year we sold out so get your tickets early and come laugh with us!